Whose Card Trick Was Better?

Home Whose Card Trick Was Better?

In the very end of 2019, I was working a walk-around show and I had a great opportunity to get inside the minds of two spectators. As these are the people we’re constantly trying to fool, it’s a huge advantage to get inside their minds and see what they’re actually thinking. And, what they’re actually thinking may be different than what they tell you directly. Some spectators will openly discuss possible methods with you. Others, who are more polite, will keep these thoughts to themselves. I had the opportunity to overhear a discussion about two effects, and which of the two they thought was better. Each person was convinced that the effect that happened to them was better. So, here’s some context:

It was the end of the night and the client that hired me came to pay me. He thanked me for performing and then called over his assistant to hand off the check. It was just the two of them and myself. They asked me to do another trick before I left, and I agreed to do one more trick for each of them. The first trick I did was for Bill, the CEO of the company. It was a mentalism effect where I predict a truly thought of card. I did this same effect in an online lecture a few days ago and it absolutely killed all of the magicians in the meeting. There’s simply no explanation for how it works. Then, for his assistant Mary, I did a signed card to impossible location.

They were both blown away. They thanked me and I left to go get my coat and leave. A few minutes later, while in the coat room, I was unloading my pockets and packing up getting ready to leave and I could hear the same two people I had just performed for talking right outside the door. Their conversation went something like this:

Bill: “Mary, how the hell could he know the card I was thinking of before I thought of it?”

Mary: “Obviously he can’t read minds. No one can. It’s just some sort of trick.”

Bill: “What trick? I could have changed my mind 10 times; how would he know what I’m thinking?”

Bill: “He just did some sleight of hand. Mary, he was in my head!”

Mary: “Bill, the card was signed by me and there no way he could get it folded up, AND inside his wallet. I was watching him the whole time. When could he have time to fold it and slip it into his wallet? It had to already have been in there.”

Bill: “He just did it without you seeing it. Mary, he can’t use sleight of hand to read my mind! What if I thought of a different card?!”

Mary: “How can a card exist in his wallet with my name on it BEFORE I picked it? What if I had picked a different card?!”

This went on for another few minutes and I couldn’t resist the chance to come out the door saying, “You know, I can hear every word you two are saying.” This got a great laugh and then I thanked them again and left the venue. It was fascinating to me that both were convinced that the trick I did for them was better than the trick I had done for the other. At first, I wondered which trick really was better. But then I realized something. Both tricks are equally as good. Bill was convinced I just had the skill to get a card in my wallet, but was fooled I could get in his mind and there’s no explanation for that. On the other hand, Mary was convinced that mentalism was just some sort of cheap magic trick I bought and that there was no explanation how her signed card appeared in my wallet. It made me realize that they each thought “their” trick was better only because of the personal experience they had. They liked the effect I showed directly to them more than he effect they watched me do for the other person. If I had done the mentalism effect for her and the Card to Wallet for him, I’m sure they’d be having the opposite argument. As an experiment, over the rest of my 2019 holiday season, I did these two effects back-to-back in my walk-around set. Each time I could sense similar feelings from each person. Factor this in next time you’re listening to audience members tell you their favorite trick they saw you do. Obviously this won’t be the case all of the time, but it’s fun to get inside their heads for real sometimes!

Want free stuff? Each week I give away free merchandise on my Instagram page. This week I’m giving away a deck of Red Metalluxe Bee Playing Cards by USPCC. Look for the latest post with that deck to enter! Good luck. 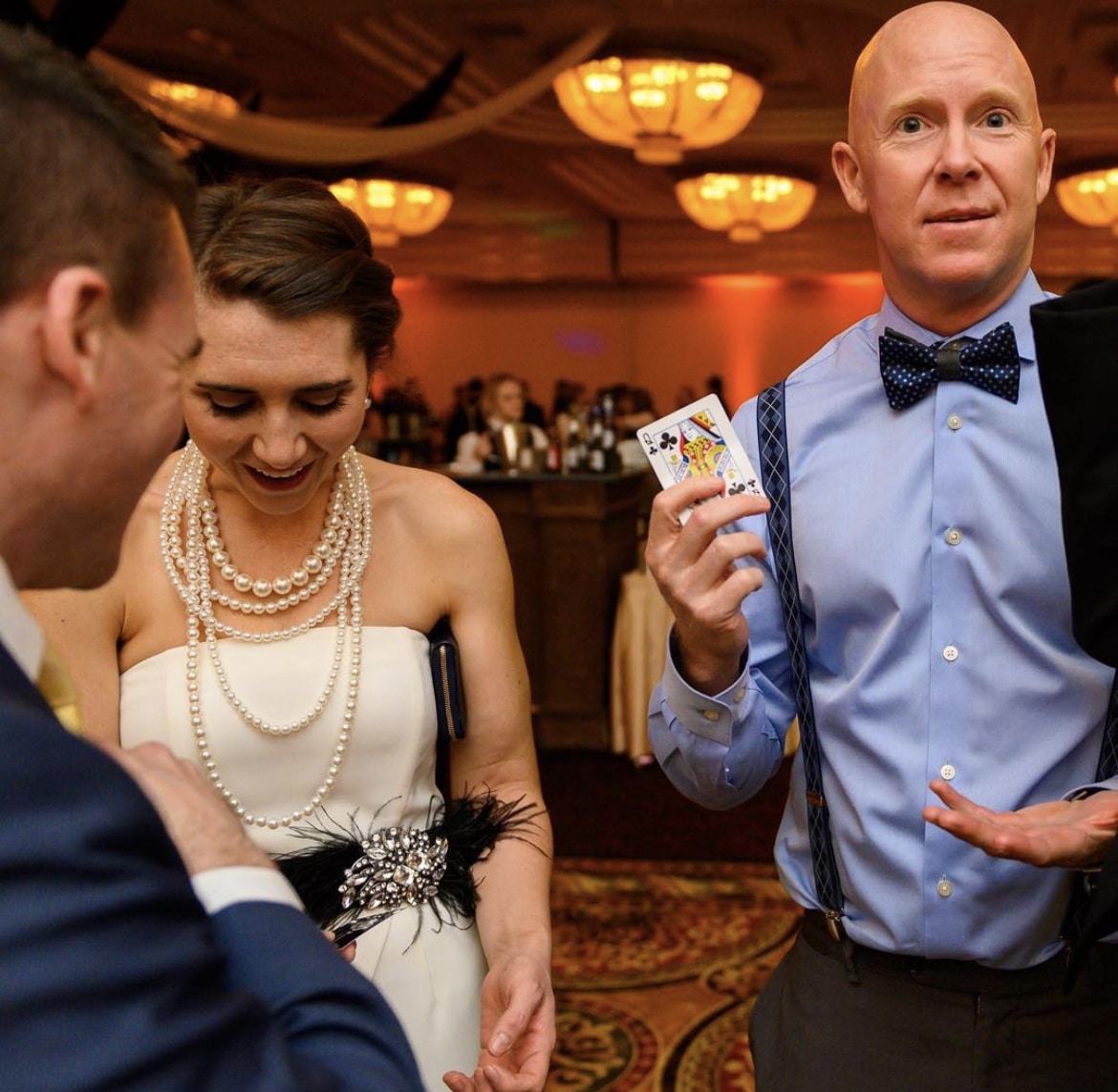